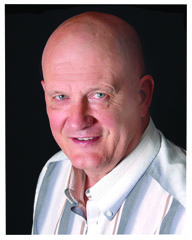 One of the things that I missed most during the Pandemic was trade shows. That is why I was so excited to see the return of the APNA show at the Tradex in Abbotsford. And what a return it was. Before the Pandemic, the crowds at the shows seemed to be getting smaller, but this year's APNA show was definitely a return to the numbers not seen in years. Sunday is usually the big crowd day, and I did not think it could get any better after seeing the Saturday crowds, but I was wrong. Sunday was even busier, and the people in the trade booths loved it.

I, for one, have always been interested in going from booth to booth to see the new trucks and products coming on the market. Of course, running into old friends like Steve Zary from Cool It, Sepehr Saebnia from Cool Heat, the always present Ron Basi and numerous others were just icing on the cake. Writers Frank Milne and Glenn Mallard were also present. It was also great to finally put a face to the voice of some of people I have only met over the telephone.

I often think how good it could have been if Truxpo and APNA had joined together years ago, as I suggested when sitting on the planning committee for Truxpo. At that time, it was easy to see the direction the industry was going and that being all-inclusive was the future. Unfortunately, change never comes easy, and it now seems that the ship has long since sailed. It is now hard to say if Truxpo will ever return to B.C. The good news is I saw a large cross-section of drivers at the show, so I expect the success of this show will encourage even more industry participation in the future.

On another note, the industry is in great need of a facelift in the public's view. Dashcam videos of idiotic drivers are now a regular occurrence on social media. Our race to the bottom is disappointing, to say the least, and unfortunately, like in any profession (and no profession is exempt), a few idiots make everyone look bad. Company drivers are easy to spot, but the few owner-operators that pull these stunts are sometimes harder to recognize. We can only hope that the shippers and receivers see these antics themselves and, not wanting their company to be associated with that behaviour, limit those drivers’ ability to operate.

Changing the subject again, I saw a recent video that said, for the sake of road safety, drivers should be paid by the hour instead of by the kilometre, a percentage, or by the load. This would make it so drivers are not encouraged to speed to make a decent wage. Many European countries have enshrined this into law. "Regulation No 561/2006 of the European Parliament and of the Council from 15th of March 2006 states, that "a transport undertaking shall not give drivers it employs or who are put at its disposal any payment, even in the form of a bonus or wage supplement, related to distances travelled and/or the amount of goods carried if that payment is of such a kind as to endanger road safety and/or encourages infringement of this Regulation."

Since our federal and provincial governments refuse to consider a basic MELT program that ensures proper training that includes all aspects of truck driving, or a red seal certification, this would be a move in the right direction. But in the end, it would still only be a Band-Aid solution for a festering problem.